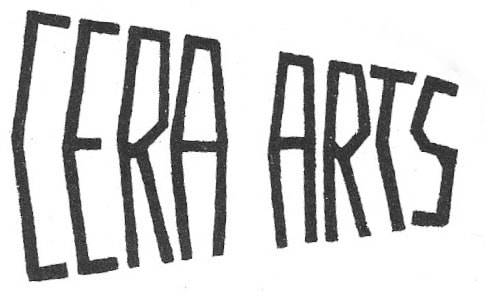 Yes I have to admit that I have not been very diligent in keeping up with my plan but I am now going to start with information that may be relevant to some ... Since I last posted there has been some unusual avenues I have pursued in the art world for me, namely 'abstract'. I am still painting with oils 'realism'... Images of photography on the streets, on the beaches, rooftops etc... But also doing abstract work with photo collage in Photoshop and Lightroom classic and Photoshop express... having fun doing these things as you might tell from the abstracts on my Instagram account and on my website also.

The National Art School in Sydney’s inner suburb of Darlinghurst will open on 4 November a National Centre for Drawing with a charter to become internationally recognised for “nurturing a curiosity around drawing that is grounded in precedent but extends towards the unknown”.

The National Centre for Drawing will be an Australian first, and will “establish a permanent, flexible and responsive space for drawing, both physical and online, that originates on the NAS campus and reaches beyond its walls”, its mission statement says.

The centre will be modelled on The Drawing Centre in New York and London’s Drawing Room, according to National Art School director Steven Alderton. As the site of exhibitions, residencies, conferences, drawing projects and other events, and attracting eminent practitioners worldwide, the National Centre for Drawing will push back against the global trend in art schools to marginalise the art of drawing, Alderton says.

The new centre’s first symposium will be held on 26 March on campus and online. It will examine human existence in terms of how much it takes place in cyberspace as opposed to real-time reality, said the school’s head of drawing Maryanne Coutts. She says the issue of relevance was vital to the National Centre for Drawing.

“Sometimes drawing can be perceived as trapped in past preconceptions about what drawing used to be. But it’s really important to the centre that drawing is absolutely attached to the here and now,” Coutts says.

A new exhibition space called The Drawing Gallery will be an important part of the initiative. The gallery will be in one of the many sandstone buildings on the National Art School campus which occupies the former Darlinghurst Gaol. Built as a classic penal panopticon, the convict-built gaol witnessed 76 state-sanctioned executions including that of infamous bushranger Andrew George Scott, aka Captain Moonlite, in 1880.

Because the campus is closed to the public during the pandemic, The Drawing Gallery’s first exhibition, Drawing On Line, will feature works created specifically for the online environment. As a result, lovers of drawing all over the world will be able to access exhibits such as the video in which artist Yul Scarf creates a dynamic charcoal drawing by chasing a projected moving image across a large sheet of paper.

The first physical exhibition at The Drawing Gallery, as opposed to online, will pay homage to the great Australian artist Guy Warren. The exhibition will open on Warren’s 100th birthday on 16 April. The artist lives in Sydney and continues to exhibit his work, including his drawings.

Also on the schedule for The Drawing Gallery is Milpatjunanyi, an exhibition of work by artists from the APY Lands (Anangu Pitjantjatjara Yankunytjatjara) of far northwest South Australia. Milpatjunanyi will feature ceramics as well as photographic and video works. “Each work activates the deeply-held value of drawing that underpins ancestral beliefs on the APY Lands”, Coutts says.

The National Centre for Drawing will feature a biannual Festival of Drawing, as well as the existing Dobell Prize which honours drawing, and which is named for the late Australian artist William Dobell. The next Dobell Prize will be announced in March 2021.

The National Centre for Drawing will be funded from a $500,000 bequest to the school from an alumnus, the late Margaret Olley whose gifts to public collections ran into the many millions of dollars.

Coutts says the National Centre for Drawing will “try to build links across the country and internationally with people who are exploring what drawing can be now, as well as having links to its traditions which I think still have a lot to offer”.

The Big Review: Artemisia at the National Gallery in London

The Big Review: Artemisia at the National Gallery in London

Assailing leadership, two former board chairmen say they are rescinding $50m in planned gifts to Baltimore Museum of Art

Assailing leadership, two former board chairmen say they are rescinding $50m in planned gifts to Baltimore Museum of Art

In a moving letter, Van Gogh complains about quarantine after his forced removal from the Yellow House

In a moving letter, Van Gogh complains about quarantine after his forced removal from the Yellow House

Subscribe to The Art Newspaper’s digital newsletter for your daily digest of essential news, views and analysis from the international art world delivered directly to your inbox.

Find out how The Art Newspaper’s content platforms can help you reach an informed, influential body of collectors, cultural and creative professionals. For more information, contact info@theartnewspaper.com.

Officials at the Gipsoteca Museum in Possagno, northern Italy, say that a tourist broke two toes off a sculpture by Antonio Canova after sitting on the work to take a selfie. In a statement, released at the weekend, the museum said that the incident took place on 31 July. The work damaged was the original plaster cast model, made in 1804, for the marble sculpture of Paolina Bonaparte housed at the Galleria Borghese in Rome.

The tourist, identified as Austrian by the museum, “sat on the sculpture of Paolina Bonaparte… then left the museum in a hurry without reporting the incident”, officials say. The museum adds that guards discovered the damage “a few minutes later and raised the alarm”. One commentator responded on Facebook however: “How can you sit on a sculpture? We need to put up more security… You can’t get this close.”

Vittorio Sgarbi, the president of the Antonio Canova foundation which oversees the museum, told the Italian newspaper Il Fatto Quotidiano that the perpetrator of the “awful episode is not Italian… but an Austrian tourist. I have asked the police to identify the unknown vandal on the security systems [such as CCTV] so that [the person] is unable to return home.” The museum had not responded to a request for comment by the time of writing...from Art Newspaper 2020

UK creative industries face a cultural catastrophe but museums may not be hit as hard..New report by Oxford economics predicts that the culture sector will lose 30% of its revenue due to COVID-19...This means a loss of 406,000 jobs in the calendar year 2020...Described as a cultural catastrophe...The research shows that the creative industries will suffer twice as badly as those of the wider economy..But the big surprise is the report suggestion that museums will escape relatively lightly losing just 9% of the revenue. This is a much lower portion than any other sector of the creative industries

City of New York is returning to the sidewalks and soon cafés and restaurants...Everybody's hot and bothered to get back to normal but most are reluctant to use that word..I've been working on my website entering works of art that should be there...Hoping to start something new soon

The presence of this badge signifies that this business has officially registered with the Art Storefronts Organization and has an established track record of selling art.

It also means that buyers can trust that they are buying from a legitimate business. Art sellers that conduct fraudulent activity or that receive numerous complaints from buyers will have this badge revoked. If you would like to file a complaint about this seller, please do so here.

The Art Storefronts Organization has verified that this business has provided a returns & exchanges policy for all art purchases.

WARNING: This merchant has removed information about their returns and exchanges policy. Please verify with them directly.

This website provides a secure checkout with SSL encryption.

The Art Storefronts Organization has verified that this Art Seller has published information about the archival materials used to create their products in an effort to provide transparency to buyers.

WARNING: This merchant has removed information about what materials they are using in the production of their products. Please verify with them directly.

Become a potential user and be the first to receive new content and special promotions.

Your cart is currently empty.

This is only visible to you because you are logged in and are authorized to manage this website. This message is not visible to other website visitors.

The above preview shows how to use the live preview on this website. The image displayed is just an example, and is not available for sale.

This means you can use the camera on your phone or tablet and superimpose any piece of art onto a wall inside of your home or business.

To use this feature, Just look for the "Live Preview AR" button when viewing any piece of art on this website!

Below, select which favorite lists you would like to save this product into.

Enter your email below and we'll email you a 20% OFF Coupon right now!

This offer is valid for NEW CUSTOMERS only!